Working with a marketing Company engaged by the Client, a world leading IT business, our brief was to design and build a Customer experience Centre in London to showcase the clients IT products.
The initial scope was to create a number of environments, both at home and at work, to create the places where customers could engage with the various IT products that the client produces.
This was a unique situation and presented us with a new challenge, creating spaces that ranged from a domestic home to a variety of work environments where the products could and would be used.

The FMS team, working closely with the marketing team engaged for the project, came up with a number of ideas and these were developed and expanded upon until the final scheme was designed and signed off.

The completed design began with a replica of a house exterior, complete with a garden, BBQ and a front door, which lead into a kitchen, lounge and balcony.
Pressing a button to open the lounge doors revealed the interior of a London tube train, with seating, lighting and sounds, so realistic that people ‘on board’ the train genuinely felt as though the carriage was in motion.
Leaving the train via another set of doors, the customer could then leave their ‘commute’ and enter a variety of different work environments. These included a vehicle design studio, a data centre, trading floor and a Coastguard station.
The experience centre was very well received and based on the success and popularity of the facility with both new and existing customers, was further expanded in a second phase, which FMS completed later in 2018 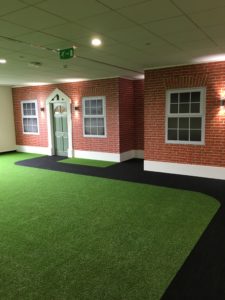 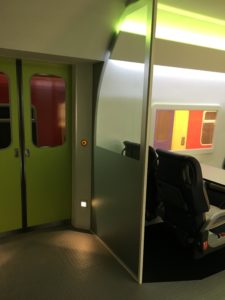 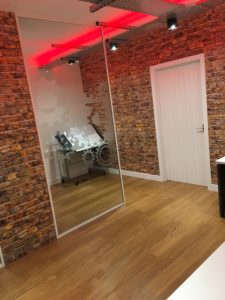